Thessaloniki is a Greek port city on the Thermaic Gulf of the Aegean Sea. Much of its center was destroyed in the Great Fire of 1917. Evidence of its Roman, Byzantine and Ottoman history remains, especially around Ano Poli, the upper town. The rebuilt 20th-century city has a modern European layout, and is a hub for international trade and culture. 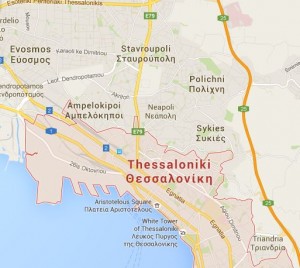