Thessaloniki Association “The White Tower”, after the Annual General Meeting which took place on Sunday, 8th December 2013 would like to announce its new Board of Management for immediate release. 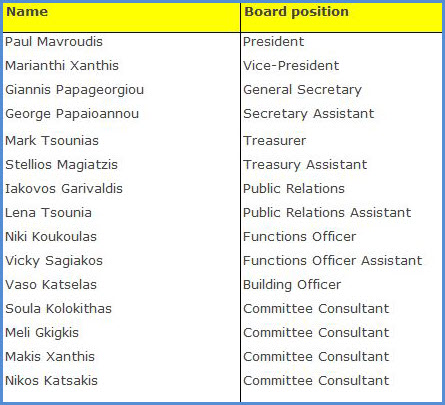 On behalf of the Board of Management

Letter from the Minister of Macedonia and Thrace Mr Th. Karaoglou on 12th December 2013 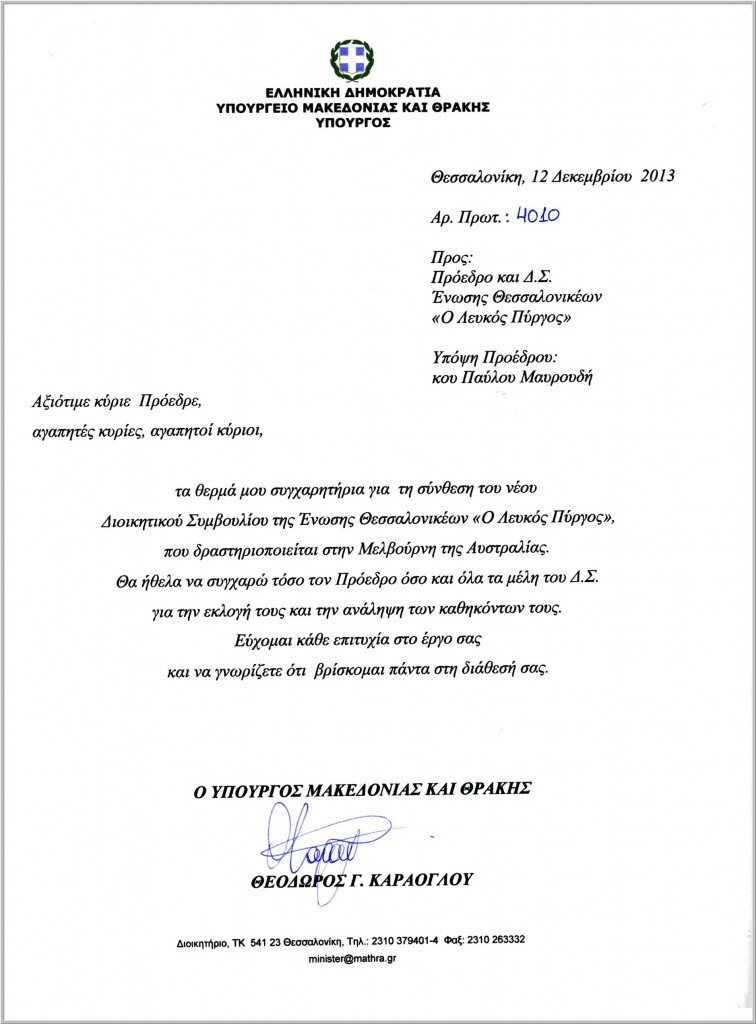