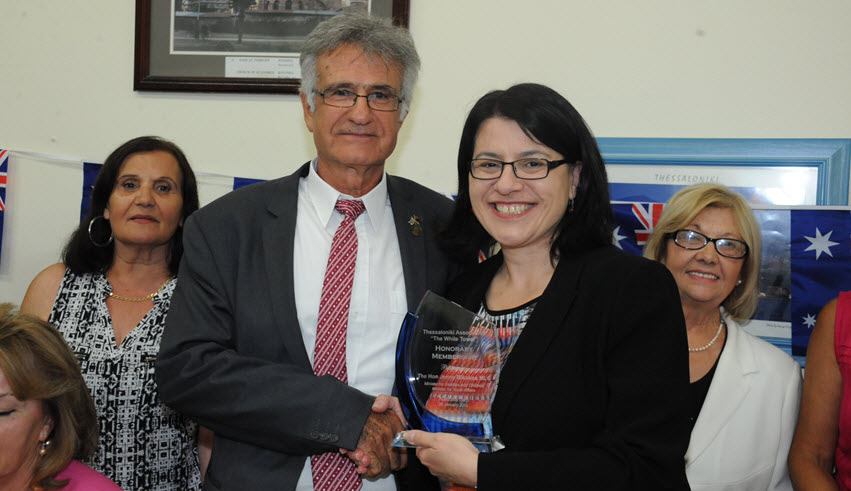 On 26th January 2015 (Australia Day) the Australian Government announced the Order of Australian Medal awards for selected members of different communities in Australia who have contributed greatly to the wider Australian community.

The nomination and selection process is independent of Government with nomination administration being conducted by the Honours Secretariat of the Governor-General’s staff and selection being made by the independent Council of The Order of Australia. For more information please follow this link. For the full list of people who received the Order of Australia Medal please visit this page.

This year five members of the Greek Community of Victoria have been awarded, alongside of them the President of Thessaloniki Association “The White Tower”. We’re proud of the contribution Thessaloniki Association has made to the Greek Community in general and are happy that our president Mr Paul Mavroudis OAM received it. This award also honors the contribution the whole Mavroudis family has made over the years with sacrifice of their family time for Mr Mavroudis OAM to be present to a large number of community events.

On the same day Thessaloniki Association Committee members have organised a function to celebrate the Order of Australia Medal to Mr Mavroudis at the club rooms and invited several prominent guests to participate.

One of these guests was the Hon. Minister Jenny Mikakos who was awarded Honorary Membership by Thessaloniki Association for her tremendous contribution to the Association of the so many years. We thank Jenny from the bottom of our hearts and wish her all the best for her important role in Parliament.