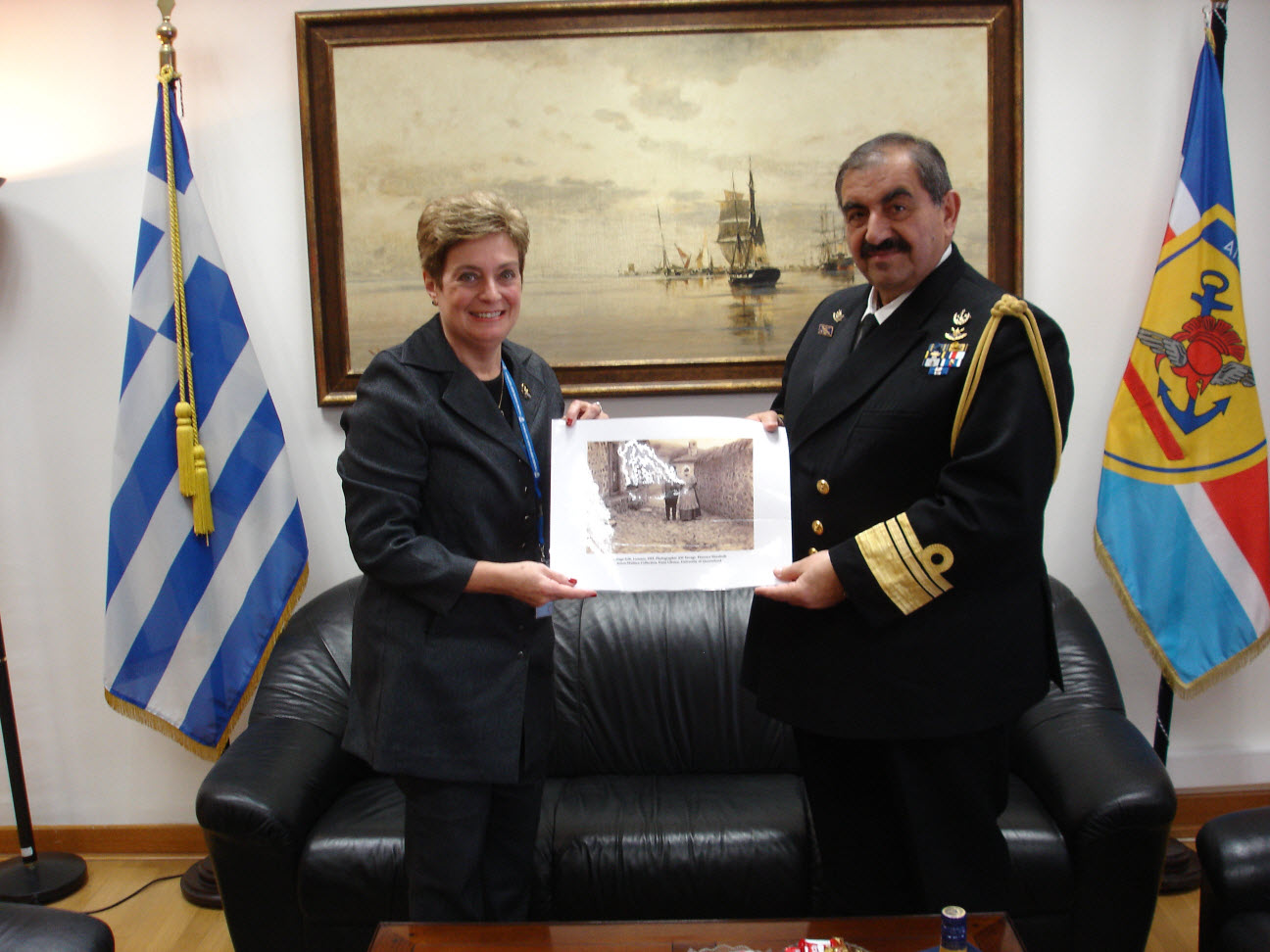 Christina Despoteris, Thessaloniki Association’s “The White Tower” Vice President, is currently in Athens. She has been liaising with various authorities in both Athens and Lemnos in relation to the commemorative events which will be held in Greece during the Centenary of Anzac.

Various groups including members of the Lemnian Community, representatives from the Hellenic RSL, student groups and others from Melbourne will be visiting the beautiful island of Lemnos in April to participate in these events.

While in Athens, Christina approached the Deputy Chief of Defence Vice Admiral Alexandros Theodosiou HN (whom she had met on Lemnos in 2013 at the International Conference organised by the Lemnos Gallipoli Commemorative Committee) to see if it would be possible to arrange a lecture on the “Role of Lemnos during the Gallipoli Campaign” at the Athens War Museum.

“The Vice Admiral was very receptive to the idea that our historian Jim Claven give a lecture on that topic. He offered the auditorium of the Museum for the lecture. The date has been set for Saturday 25 April, Anzac Day. We also discussed the possibility of our photographic exhibition being on display. That too was agreed on and the exhibition will open on Friday 24 April and go through to Sunday 26 April in the foyer of the auditorium of the Museum.” Christina said.

“I would like to take this opportunity to thank both the Deputy Chief of Defence Vice Admiral Alexandros Theodosiou HN and the Director of the Athens War Museum Brigadier General Panayiotis Kaperonis for their contribution and support.” Christina continued.

The same lecture and photographic exhibition  will also be presented at the Portianou Cultural Centre on 19 April on Lemnos during the commemorations on the island.